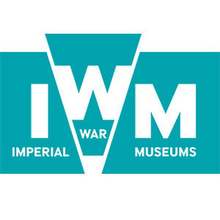 The ‘Social Interpretation’ project focused on developing new systems to enable the interpretation, discussion, collection and sharing of cultural experiences with, and between, museum visitors, working collaboratively with the Imperial War Museums (IWM), MTM London, and The Centre for Digital Humanities, University College London.

The aim of the project was to apply social media models, to provide new frameworks for audience engagement and social interpretation, making social objects out of museum objects. The aspiration was to create a service that encouraged people to respond to IWM’s themes and collections through several forms of digital interaction and participation, both in the gallery and via mobile and online platforms.

To enable this digital interaction and participation IWM and its technical partners developed and installed ‘comment and information’ kiosks, placed QR codes next to exhibits and artworks, developed a bespoke mobile application called ‘IWM Scan and Share’ and added social interpretation elements to its website. This allowed social interpretation on and across all of the IWM digital platforms and outputs and facilitated and supported the type of social interaction usually associated with social media, including the ability to like, comment, discuss, collect, and share things.

One way of engaging more diverse groups with museums and galleries is to bring the arts into people’s everyday lives, public spaces, local communities, and find new ways to develop a greater sense of public ownership of the arts; to make the arts more relevant to their lives.

The research team explored how new technologies can be used to broaden, deepen and diversify audience reach, and whether social moderation is an effective. One of 8 funded projects from 493 applications, Social interpretation addresses the need to engage more people in arts attendance, particularly where social status may militate against this

Working with technology, cultural and artistic organisations was beneficial as it enabled the testing and application of ideas and theories, as well as providing new inspiration and direction for further research and collaborations. Through such collaborations, research propositions and models were tested in real world, ‘living lab’, scenarios, which have enabled the development of new ideas; built on real world practice and needs, in the form of ‘grounded theory’. In particular, limitations of many previous studies are their specific focus either on, audiences or technology; rarely linking or understanding both. This project facilitated a multidisciplinary approach, which understands technology, technological and cultural providers, and users in a way that was beneficial to industry.

Light, B., Bagnall, G., Crawford, G., & Gosling, V.K. (in press) ‘The Role of Digital Media in Connecting with Museums’, Convergence.