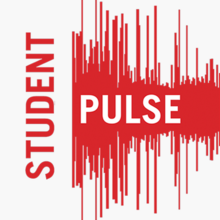 Research funded in the first round of R&D for the Arts and Culture funding, involved researchers from the University of Salford Digital Audience Research group working the London Symphony Orchestra and their technical partners Kodime Ltd. in the development and testing of new mobile ticketing, audience engagement, and marketing tools. This project is still to date the largest project ever undertaken on a classical music audience in the UK.

The project was successful in its initial aims in developing and implementing an app that could would inform and engage student audience members and provide a convenient marketing and ticketing tool. Six months after the launch of the project (in 2013) CultureHub.co.uk reported that ‘The app has achieved high engagement levels with students, with most students buying more than one ticket each (an average of 1.8 tickets bought each). The app has been downloaded nearly 3,000 times, with 2,000 of those having gone on to register in the app and nearly 2,000 tickets sold’.  The initial app, engagement and marketing strategy that the University of Salford researchers directly feed into launched a programme that has seen the app adopted by all of the of major classical music orchestras in London, and furthermore, a second app was launched in 2016 covering events, marketing, and ticket sales for the classical music orchestras and venues in Birmingham. The Student Pulse project was highlighted in the AHRC’s 2012 Annual Report as an example of a project that was ‘collaborating across sectors to exploit the potential of new technologies’.

Deborah Bull, Assistant Principal of King’s College London, stated that ‘importantly, the study adds to the existing knowledge about the ways in which users want to interact with cultural organisations via mobile technologies and will support the sector in connecting more effectively with new audiences on what are now accepted as mainstream platforms’

A video about the project can be found here.